Willomoteswick Castle Farm is a Scheduled Ancient Monument, formerly part of the Ridley estate and is believed to date back to the 12th Century. The Gatehouse, in its present form, is late 16th Century but appears to incorporate part of an earlier structure at ground level.

Askins & Little consolidated the masonry to the gatehouse and re-pointed the building in traditional lime mortar. Sections of the parapet walls and spiral stair turret had to be carefully taken down and rebuilt in order to stabilise the loose masonry, and individual stone units had to be replaced due to the level of deterioration.

The slate roof which lay over the smithy was reinstated in order to protect a set of original bellows housed internally, and a soft turf capping was put in place over the wall head to help further consolidate the masonry. For this work Askins & Little were commended by the Natural Stone Awards for Repair and Restoration in 2012. 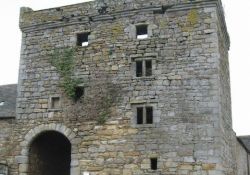 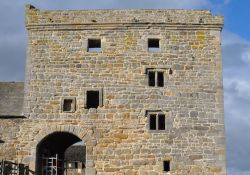 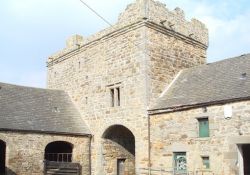 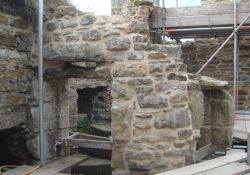 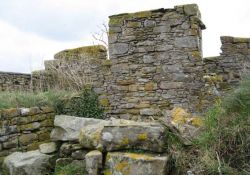 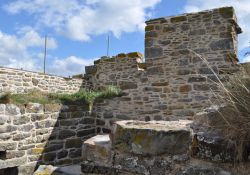 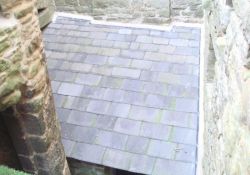