Moffat Town Hall is a Grade B listed building and stands in the centre of Moffat. The original building was built in 1827 by the Moffat Bath Company as Moffat Bath Halls; this entailed a reading room, assembly hall and bathing suit. It was later extended and purchased by the Moffat Burgh Council in 1966 for £4! It is now ran by the Dumfries and Galloway council.

Askins and Little were appointed to carry out both internal and external works at Moffat Town Hall. To the interior, in the Main Hall, a section of the ornate lime plaster cornice was reinstated with new lime plaster to match the original design. To the exterior of the hall the white paint was stripped off using the DOFF cleaning system, this system is used to ensure that the building is not damaged and allows for the natural colour of the ashlar to be seen, as it would have been when it was built.

Numerous stone indents and full replacements were carried out across the entire building, with new whinstone steps being constructed to the rear of the building. Askins and Little also carried out stitch repairs to several cracks in the masonry walls, as well as raking out and re-pointing the building's sandstone and whinstone walls in a traditional lime mortar. To the roof, the seven chimneys were taken down and rebuilt and new chimney pots were installed. Askins and Little also carved and installed a new plaque to the front of the building to replace the original, heavily weathered “BATHS” plaque. 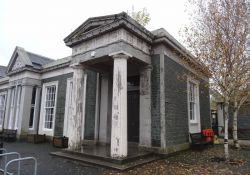 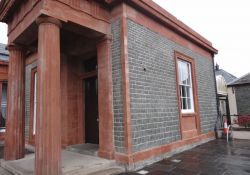 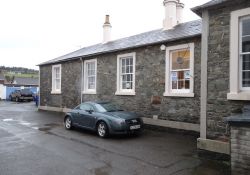 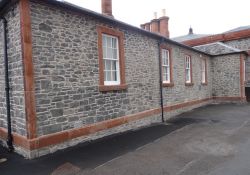 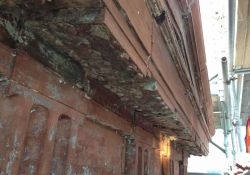 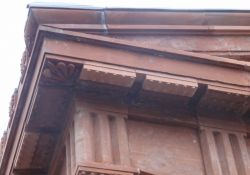 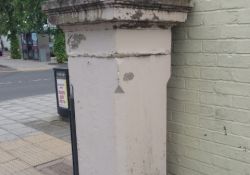 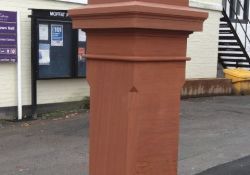 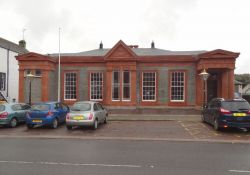