High Head Castle was built in the mid 18th century and is grade II* listed. It was destroyed by fire in 1956 and only the shell of the building remains. It was a category A on the ‘at risk register’. The repairs we made were vital to keeping the ruins from total collapse; this made the works extremely difficult as there was servere hazards which had to be over come.

Askins and Little carried out stabliasation works to the ruins in two different phases.The first phase entailed work to the front elevation due to the east side of the front façade leaning which paired with the deterioration of the stone had left the South East corner seperated from the main façade. Askins and Little took down the unstable corner, recording the individual stone positions, before reconsructiong the masonry in its original position with the introduction of new stone to replace any units that could not be reused.

Phase two of the restoration was carried out on the south west corner of the tudor wing.

Many of the original timber beams and lintols had deteriorated significantly within the building; these lintols were carefully removed and reinstated with steel and pre-cast concrete lintols to re-stabilise the ruin walls. Areas of unstable masonry were carefully dismantled and reinstated, with several of the wall tops also being consolidated. Finally, a new structural ring beam was installed at high level to tie the building back together and prevent future movement to the south east corner of the building. 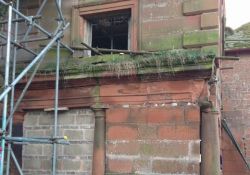 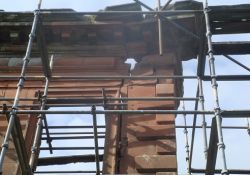 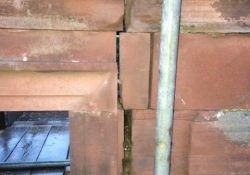 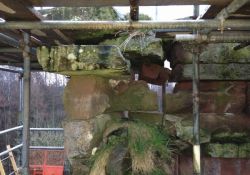 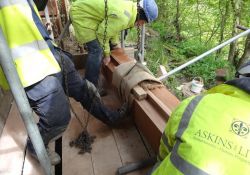 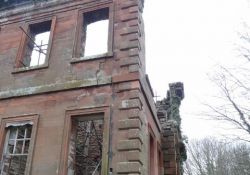 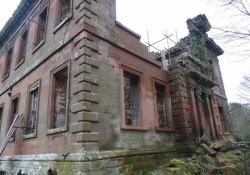 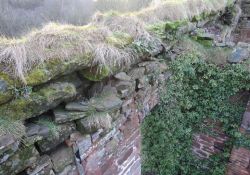 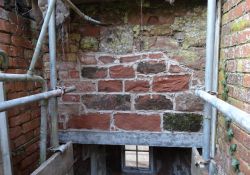 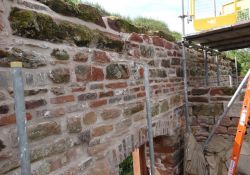 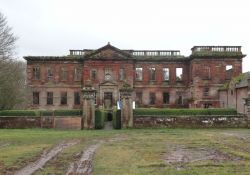