The area Askins and Little restored was most likely built in the late 1800s as this is when the ship yard was first opened by James Ramsden under the name Iron Shipbuilding Company. The site has been continuously used for building ships mainly under the firm Vickers Shipbuilding and Engineering, Ltd (VSEL) which was bought into and became part of BAE Systems.

Askins and Little were appointed to carry out large scale masonry replacement, lead work and decoration works to the grade II listed façade of the building. The site is located on Bridge Road in Barrow-in-Furness, however due to works being carried out on BAE Systems property the scaffold and site were classified as part of the secure nuclear facility. This resulted in significant health and safety and security procedures being put in place alongside our standard practices.

A large number of stone units were carefully cut back and replaced with new carved stone to match the original profile, with many projecting features being cloaked in lead on completion. Askins and Little also supplied and fitted a replacement glazed screen to the right hand side of the building. All exposed metalwork and window frames were also redecorated externally to complete the project and leave the building looking rejuvenated. 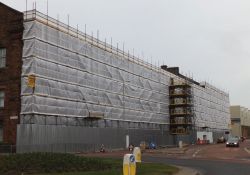 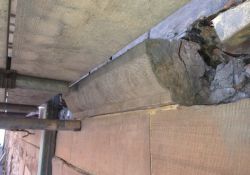 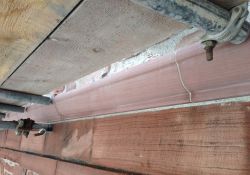 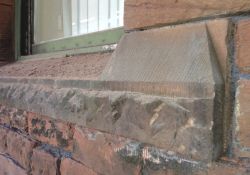 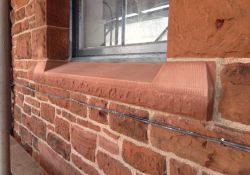 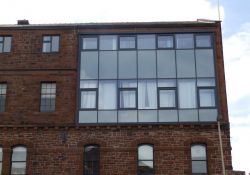 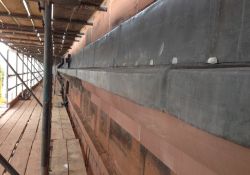 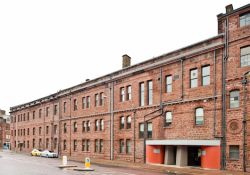 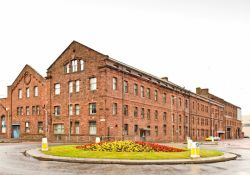